Hello everyone! Well my college year is over, I'm officially now on my own as a professional photographer and artist, and our grad show is up and opened! That means I finally get to share my images and process with you all, as well as my future plans for the series. First I'll describe the project a little by ripping my artist statement that's beside my piece on the wall.


""Steamed Vision" is a fantasy/science fiction based photo art series, set in the genre known as "Steampunk". The intent was to create an imaginary world, using sensibilities of the genre, while creating allegorical parallels to our world. I believe is the sole purpose of the genre is to have us look and understand ourselves more." (if you need some info on steampunk, I wrote about it in several blogs this year, click the tag at the bottom for more info)


This is a highly edited version of my overall idea. Before I get to explaining it further I'll show my piece in entirety. 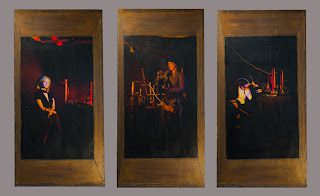 These three pieces compose one tryptic in the series called "The Cantina" (yes it is referenced from my love of Star Wars). The image was meant to show a "class separated" scene taking place in another world. The presentation emulates the look of windows that look into this world. The frame of the window is created using acrylic paint. Everything you see in each photograph actually exists as a physical object. The photographs are edited but are not really manipulated using software; only minor color balance has been done. Each panel has a layer of acrylic gel to connect the image to the frame. The process lead to some trail and error and seen below before I got to the point of completing the image in it's current state. 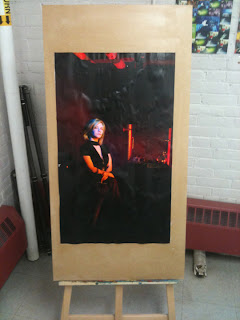 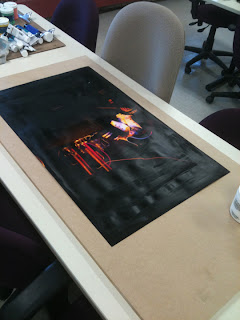 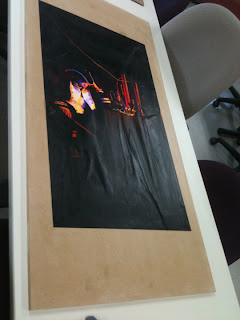 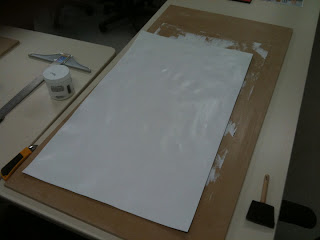 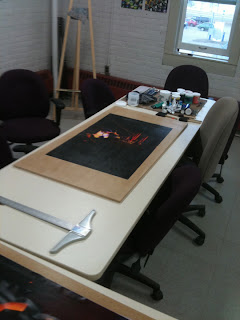 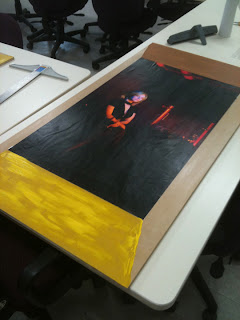 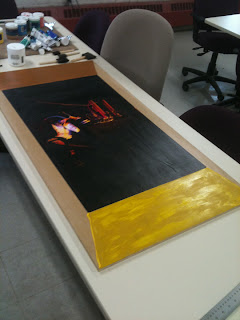 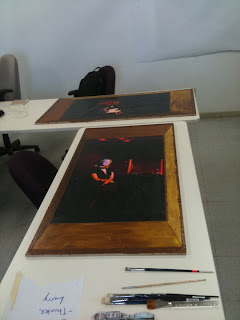 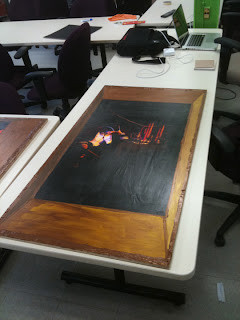 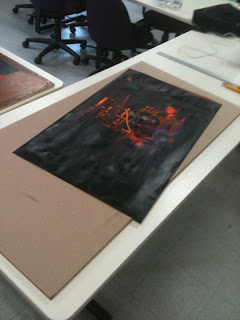 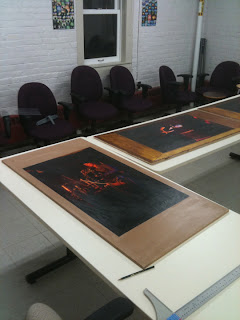 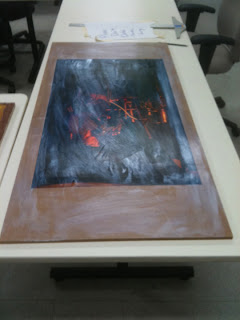 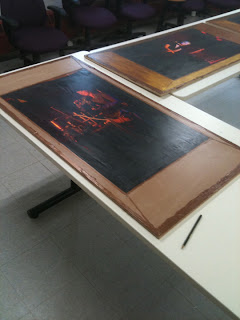 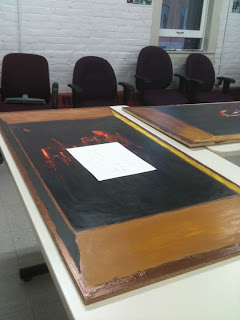 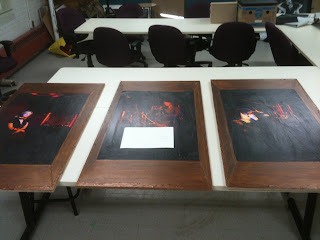 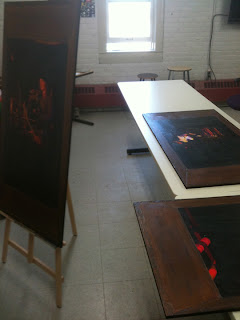 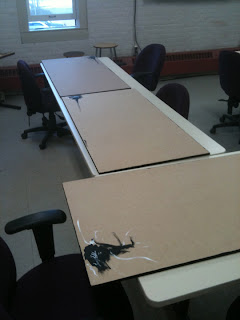 I have worked with fashion orientated costume designers and fiber artists who have also modeled for me. The props are either hand painted and constructed from found objects or just found objects themselves.

Kayleigh Smith plays the first character (left); she constructed her costume from found wardrobe and did a wonderful job of capturing the style. Kayleigh set the bar in which the photos would follow. 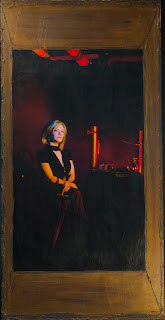 The second character is played by Bronwen Robbins (right); her costume is made of pieces from her cosplay designs, which we pieced together to fit the style. 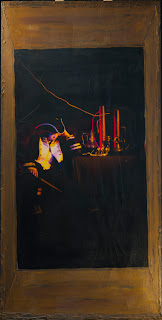 The third character is played by Stacy James (center); Stacy constructed her costume by modifying found clothing and designing her make up to make an all out presentation of the central character.

Working with these talented ladies wielded many photos and many different layouts; in the end I picked the images that would best tell a story. Much in the same way a director will edit a movie. That being said, the story is left very open and ambiguous on purpose, I'd rather not tell you my version, rather I want you com interpret your own version. That being said, I will say that there is, what is supposed to be, a social class representation of rich, working and poor. Their relationships and motives I leave to your design.

This is but one piece of a larger series, I'll be looking very soon to continue it wit new models, sets and wardrobes. I look at this mainly an exploratory project to lead into future works with a similar theatrical presentation. My hopes are to continue this body to completion and then create similar work in different sub genres of science fiction and fantasy in the future. The work is allegorical, which I believe is the sole purpose of fantasy/science fiction and will address issues in society. Real world issues will be explored, forcing us to look at ourselves, our actions, and the morality or lack of morality behind them. It's heavy context wrapped in fun and creativeness. I can think of no better way to bring all of my artistic and photographic skills together as one.

Thank you for taking the time to read this and I look forward to the future of my work, a I hope you know do as well.